The Key Ingredient in Your First 50 Pages

In honor of my upcoming First 50 Pages Workshop, here's an excerpt to help you hone your hero/heroine...

The Key Ingredient in Your First 50 Pages

The key ingredients that you must include in those first 50 pages to wow even your toughest readers is...a hero/heroine readers care about, can relate/attach to, and can root for through thick and thin.

Your story must first engage the reader's imagination, so you need a vehicle for them to enter the story. They need to experience your story vicariously, which means they need to see themselves in your story world, to step into your character's shoes.

But for your character to be an "engaging character" requires more than this. That requires a character that is one part human, one part hero. Or at least a hero in the making, since the first 50 pages don't typically cover the second or third acts of a full novel. Your character must have promise, a hero who is on the verge of discovering their own power. The reader wants to witness the hero blooming and see how the character wields their newfound power. Moreover, the reader wants to feel him/herself blooming and exploring that power vicariously.

To become the hero buried inside, your character must also face a real problem or challenge that represents their greatest fears. Then he/she must learn to conquer their insecurities to face those fears, fall down and skin their knees (perhaps a few times) in the process, but always get back up, brush themselves off and venture forth again. They must embody the spirit of resilience despite experiencing defeats, because that's the foremost element that keeps the hero striving toward victory. Like The Little Engine that Could, struggling to find the strength to power up that hill. Someone to cheer for!

As in life, a person who cares about other people is easy to care about. Just like a person who is interested is interesting. That doesn't mean you have to write a goodie-goodie on the page. Just a character who gives a damn about one other person more than his/herself can sometimes be enough. The point is that your character cannot live in a vacuum; they must have relationships (alive or dead) in which they invest and care about in order for the reader to care about that character.

Another element that makes a character engaging is humility. Someone who doesn't take themselves too seriously is easier to be around, easier to befriend, and far easier to root for when trouble strikes. Some great stories have a main character without humility in the beginning, a character with a boulder of a chip on their shoulder. In these cases, the promise of humility lingers on the horizon. That makes them more complicated, more fascinating to readers.

A character who feels deeply or is brooding over unfinished business is also engaging. This doesn't have to be shown explicitly or on every page even. You can hint, show glimpses. Let the character go about his/her day not crying and falling to pieces, but mustering or stuffing their emotions.
They may have a great sense of humor on the outside, but are tortured on the inside by the one murder case they never solved. The reader will feel like they have the inside scoop by seeing into the darkened heart of the character. This leaking of background or the character's feelings requires skillful handling, as you do not want to deluge the reader with backstory or numb them with too much emotional material. Sprinkle, don't douse is a good rule here.

Your character should also have a range of emotions, not just one or two. As I like to say, look at a list of the seven deadly sins and let your character experience at least six. Be careful not to create a character that is so hateful, however, that the reader cannot empathize.

Your character may get angry more often than they should but takes that anger out on the punching bags at the gym. The character may be envious or jealous, but never acts to harm another. But when the character does, they must face the consequences, which might serve as a path to their humility. The point is to be careful with how far you let your character go to dark side. Too far, and the reader will not go with you.

A character that has suffered a loss or has a deep hole in their life is also engaging. Not because they are suffering, but because the deepest pain can make them see their story world more deeply, connect with other characters on a deeper level, and be unpredictable on the page. The character will be more complicated.

Reversely, a character who has never lost, never loved, never suffered in the past is also interesting, especially when the author places them in a dangerous world. That kind of character is like a piece of china the reader knows will get chipped, cracked, or shattered. Even a "normal" world offers too many threats to maintain that kind of innocence.

Another way to relay that your character is "broken" or could be broken is to give them an old injury or a handicap or a habit or an addiction—something that could trip them up later. The reader will feel the push-pull of that element in every scene, waiting for the character to struggle with it. That tension creates engagement as well as anticipation.

The most important way to create an engaging character is to give the character heart, but I'll leave that for the next lesson, since it's a complicated but powerful element to plant in your character and in your story.

So go forth, my little devils, and conquer your first 50 pages by enriching your main character with these traits to build upon your story's strengths.

Your Editor Devil
Posted by editordevil.blogspot.com

SECRETS TO CREATING SUSPENSE ON EVERY PAGE:
A Book Doctor's Approach to Editing Suspense Fiction
DATES: March 24-April 7, 2020 (2 week workshop)
COST: $45.00
LOCATION: Online via Google Groups
FIRST 50 PAGES
Now that you have a manuscript you want to submit to editors, agents, or even contest judges, your FIRST 50 PAGES must meet criteria these gate keepers are seeking. *Click the First 50 Pages tab for more information
DATES: TBD summer, 2020!
(8-week course)

"I absolutely credit what I learned in your class with presenting my novel in the best possible way and, frankly, I can write so much faster now because I can 'correct as I go,' because I now know what to look for." --Giles & Anya Tennyson

"Christine's online writing class offered more useful knowledge in a week than some college courses do in a semester.

She knows her business, covered a wide variety of genres, gave powerful advice to each participant, and clearly demonstrated how we could improve our writing while keeping our styles unique." --Paul Madison 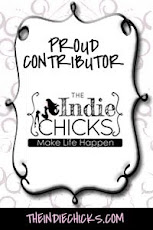